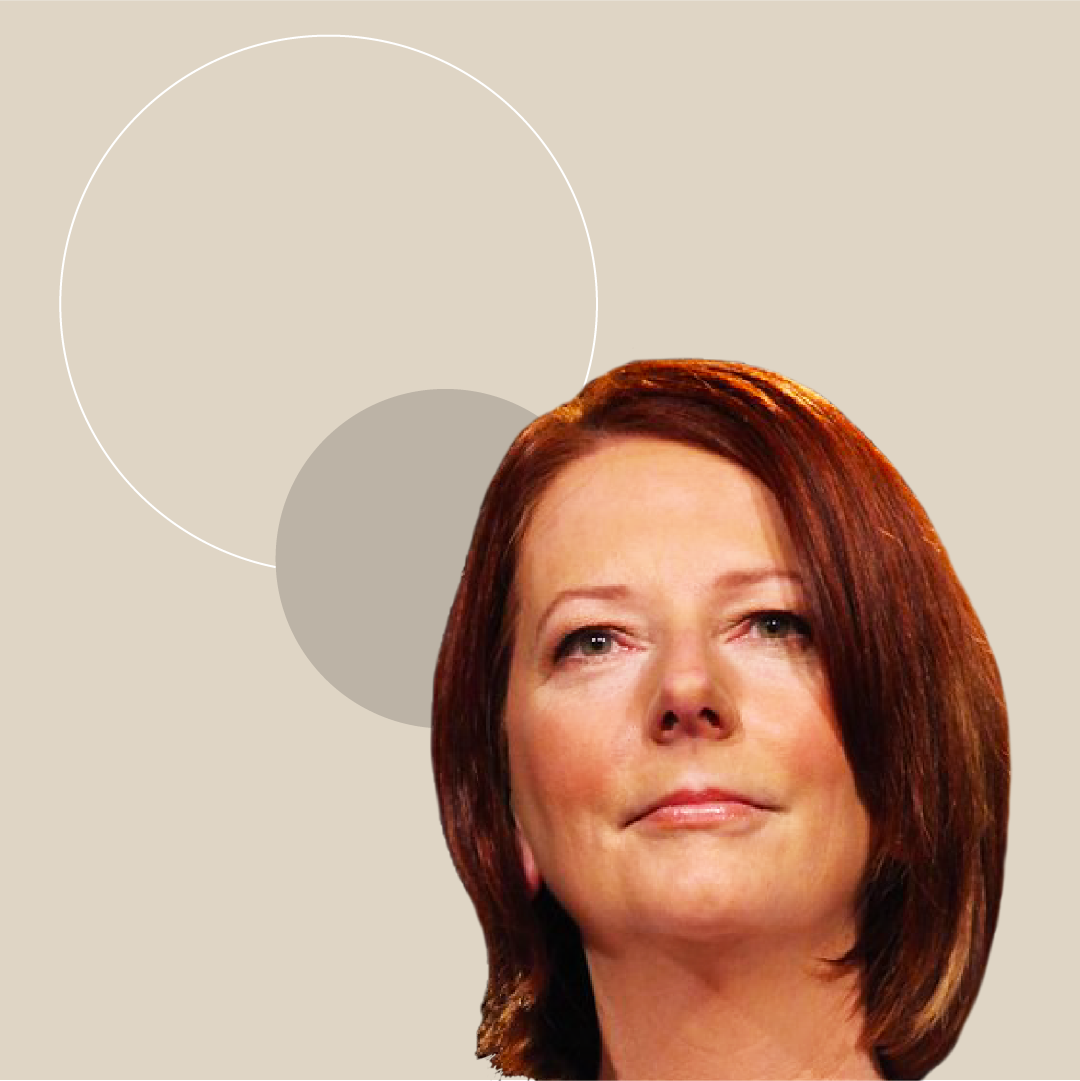 “I will not be lectured about sexism and misogyny by this man!” has quite literally become an anthem for some Australians who have even adapted this iconic slam into a viral TikTok dance.

These powerful words have stained the walls of the House of Representatives since they were spoken in 2012 by then Prime Minister Julia Gillard in response to Tony Abbott’s notion that “people who hold sexist views are not appropriate for high office”. Ms Gillard called out Mr Abbott for his “hypocrisy” and outlined a number of sexist comments Mr Abbott had made throughout his time in parliament.

The impact of Julia Gillard’s Misogyny Speech has been everlasting, so much so that in 2012, the Macquarie Dictionary updated their definition of misogyny in response to her speech to include “entrenched prejudices against women”.

Natasha Stott Despoja wrote on the book for The Age, stating “Gillard and Okonjo-Iweala want women to persevere in their ambitions, but believe they need to be aware of the obstacles; they should create networks and mentor and support other women. The authors’ truth-telling will forewarn the next generation of leaders.”

So what are some standout leadership qualities about Julia Gillard?

She is passionate about education

Julia completed a Bachelor of Laws in 1986 and a Bachelor of Arts in 1989 and became a partner at law firm Slater & Gordon in 1990. At 29, she was the youngest partner in the firm and one of the first females to ever hold this position.

Gillard has constantly spoken highly of the importance of education, before, throughout and after her role as Prime Minister.

While Julia was at university, she was involved in student movements, protested education cutbacks and soon became the national leader of the student movement. She credits these experiences to igniting her passion for activism and engagement in public policy.

“The most powerful thing in our world is the power of education. It transforms lives and communities and nations, and eventually the whole world”

She calls people out when she sees their actions as problematic

Julia was very vocal during her time as Prime Minister about the role of public commentary, the press and journalism in Australia. And of course, her misogyny speech showed her passion to call out problematic behaviour, which is why it still has so much power today.

When speaking to the Harvard Business Review in 2019 about her speech, Gillard spoke about how the speech was entirely spontaneous with no “strategy” or “wonderfully chiselled”.

“I got a blank piece of paper and just scribbled down words to help guide me from one point to another. Looking back, I think it was driven by a deep frustration that every sexist thing directed at me that I’d bitten my lip on, now I was going to be accused of sexism – the unfairness of that. That anger propelled it.”

In an interview with Ray Martin for the ABC, Julia said “I don’t miss the Canberra press gallery…for some, during my period as Prime Minister, they became activists in the leadership contest. And yes, I am very critical of that, because that’s not their job as journalists.”

When Alan Jones made remarks that Julia Gillard’s father “died of shame” after his passing away, Julia spoke out: “What on earth explains anyone getting up in front of an audience and, for comedy, reflecting on the loss of someone’s parent?”

She spoke back against self-proclaimed feminist Germaine Greer who said Ms Gillard had “a big arse” on Q&A in 2012. To which Julia responded, “to end up talking like that for cheap laughs about another woman was really a very sad thing”, but this response was not offered until long after her role as Prime Minister ended. In 2016, when Annie Groer contacted Gillard’s adviser on behalf of the Washington Post, Gillard’s office said: “We did not respond. Nothing worthy to respond to.”

Julia also called out the problematic nature of the number of calls to the Prime Minister’s Office, when she was in leadership, about her fashion choices. “They would constantly get calls saying, ‘I like the jacket she’s got on today’, ‘I don’t like the jacket’, ‘What on earth made her wear that necklace?’, ‘Don’t tell me she’s had her hair cut!’

Needless to say, she had no problem talking out about the issues she faced while in leadership, and he demand of this in Australia can only be shown through the lasting popularity of her misogyny speech.

“We should feel a sense of rage…because it’s only something that really spurs you on to action that is going to change.”

She is resilient and has a strong sense of self

We often hear that leaders are usually knocked back before they succeed. This was the same for Julia Gillard.

She experienced a minimum of three preselection setbacks before her selection in the Senate. But Julia kept trying because her motivation and goal was bigger than achieving personal satisfaction.

She told the Harvard Business Review that she is “a true believer in the power of democratic politics to make big and important changes, and I wanted to play a personal role in that. So a sense of purpose and drive, together with a wonderful family and hugely supportive friends and colleagues, was enough to see me through.”

In this same interview, she was asked how she coped being attacked by the opposition, the media and even people in her own party, to which she responded:

“By working on my own sense of self…It takes discipline and resilience, but I’ve always believed those are muscles. If you work them, they get stronger. And I gave mine a fair old workout.”

She aimed to show everyone the “real Julia”

In 2010, Julia made a campaign announcement that she would ditch her campaign script and show Australians the “real Julia”.

“I think it’s time for me to make sure that the real Julia is well and truly on display, so I’m going to step up and take personal charge of what we do in the campaign from this point,” she announced during her time as Prime Minister.

“I’m going to discard all of that campaign advice and professional or common wisdom and just go for it.”

With a number of journalists weighing in on the matter, from The Australian, to the Sydney Morning Herald to every major Australian news publication, Tony Wright wrote for The Age: “For the first half of the election campaign, in short, there had been a Fake Julia flying around the country, the puppet of behind-the-scenes strategists.”

Years later, Julia confessed, “I put my hand up for that 100 per cent. That’s my fault, you know. Sort of a dumb, dumb error – rookie error maybe.”

Julia’s books My Story and Women and Leadership are all products of post-Prime Minister Julia Gillard. There is a distinct shift in tone and disclosure in these books, and the interviews and public commentary she made after her time as Prime Minister of Australia, compared to her public identity when she was in the role.

It is post-Prime Minister Julia Gillard who touches on the importance of a sense of self. In 2019, she told Forbes:

“We let other people take it (our sense of self) hostage and how good or bad we feel depends on how we think others are seeing us. And it’s everything from what we’re wearing to the most recent work we have done. I think it’s very important to have a sense of self that is stronger than that. I am still the same Julia Gillard whether the headlines are good or bad.”