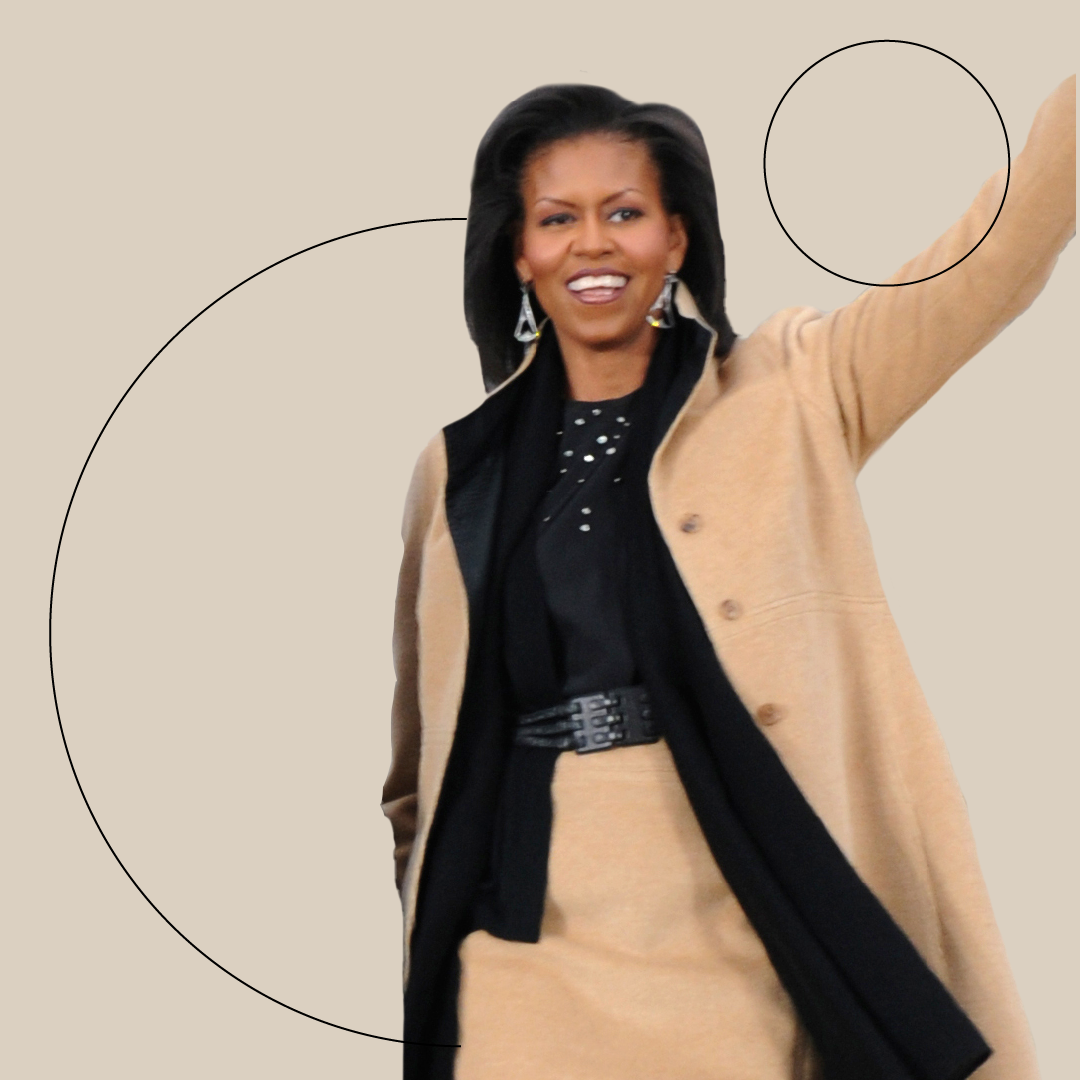 What is Michelle Mania? Fun alliteration aside, Michelle Obama has become a household name in our global network. She’s been described as a “rock star”, a “political celebrity” and to be consumed by her charm is to have fallen victim to “The Michelle Effect”.

The Michelle Effect has reached an even greater level of hysteria in the years following her role as first lady of the United States, which ended in 2017. Her book Becoming became an international bestseller, followed by a stadium-filled book tour, a Netflix documentary, a new podcast series and some more viral powerhouse speeches that firmly plant her high on the list of female world leaders.

Michelle Mania is in full effect.

What exactly is it that people love so much about her?

She is determined and driven, but she is always thinking about helping others through her success

One of the most common words people use to describe Michelle Obama is “intelligent”, but her intelligence is always interdependent with her passion, drive and determination.

Michelle graduated with a Bachelor of Arts from Princeton University (New Jersey, US), and often recalls the time where teachers at her high school told her she was “never going to get into a school like Princeton” and she was “setting [her] sights too high”.

“I used that negativity to fuel me to keep me going. And at the end, I got into Princeton and that was one of the proudest days of my entire life,” said Michelle.

Michelle went on to complete a 99-page senior thesis titled “Princeton Educated Blacks and the Black Community”. She then pursued a Juris Doctor law degree from Harvard Law School. Moving from the corporate law sector into the public sector, she has committed to ensuring the work she does is focused on improving the lives of others in some way, shape or form.

She knows the value of self-care

Michelle is an advocate for healthy living. One of the main branches of living a healthy lifestyle that she prioritises is to get to know yourself.

“We need to do a better job putting ourselves higher on our own ‘to do’ list,” she says.

Michelle believes women are often pressured to neglect their own needs and most often put this pressure on themselves.

“I tell my daughters that our first job in life as women is to get to know ourselves. I think a lot of times we don’t do that. We spend our time pleasing, satisfying, looking out into the world to define who we are,” she told Oprah Winfrey at the United State of Women Summit in 2016.

The former First Lady continued, crediting her self-awareness to “experience”, “age” and “being fortunate enough to have been raised by a loving mother, strong, focused, and a father who loved me dearly.”

She prioritises what’s important to her, and she’s transparent about it

As a leader, Michelle Obama’s transparency is something that people adore about her. She is extremely transparent about what is important to her and constantly credits her family. This not only shows her gratitude and appreciation, but allows the public to understand the pillars her life was built on: her family, who ultimately keep her humble.

Allowing as much of an open-door policy as she could into the White House, she would often coolly acknowledge, “you know, when your husband is President of the United States and you have children, something has got to give.”

Michelle was open about bringing her mother into the White House to help care for her daughters. As Stacia Brown explained for the New York Times, “this was a very public confession that she would not only be needing assistance, but she would prefer if that help came from someone she trusted to keep her recognizable to herself.”

She suffers from ‘imposter syndrome’, and ultimately, keeps it real

Michelle Obama has spoken publicly a number of times about “imposter syndrome”. This term dates back years and was acknowledged in high-achieving women by psychologists in a 1978 study called, ‘The Imposter Phenomenon Among High Achieving Women’.

Imposter syndrome, as described in this study, explains “despite outstanding academic and professional accomplishments, women who experience the imposter phenomenon persist in believing that they are really not bright and have fooled anyone who thinks otherwise.”

Michelle explained the realities of her imposter syndrome during her book tour, stating

“I still have a little imposter syndrome, it never goes away that you’re actually listening to me…That feeling that you shouldn’t take me that seriously. What do I know? I share that with you because we all have doubts in our abilities, about our power and what that power is.”

Michelle also opened up again about imposter syndrome in an interview with Vogue:

“For so long, women and girls have been told we don’t belong in the classroom, boardroom, or any room where big decisions are being made. So when women do manage to get into the room, they are still second-guessing ourselves, unsure if they really deserve their seat at the table. They doubt their own abilities and their own reasons for being where they are…

“What’s helped me most is remembering that our worst critics are almost always ourselves…the fact is that you wouldn’t be in that room if you didn’t belong there.”

The realisations and statements she makes when she embraces herself and keeps it real is one of the things people admire most about her. Like this gem from her Netflix documentary:

“I have been at every powerful table that you can think of…they’re not that smart.”

The most important person she needs to impress is herself

“I have learned that as long as I hold fast to my beliefs and values, and follow my own moral compass, then the only expectations I need to live up to are my own,” says Michelle.

“Whether you come from a council estate or a country estate, your success will be determined by your own confidence and fortitude,” she explains.

This allows her to value learning and constant growth, keeping her humble and constantly challenging herself.

“I am still in progress, and I hope that I always will be.”