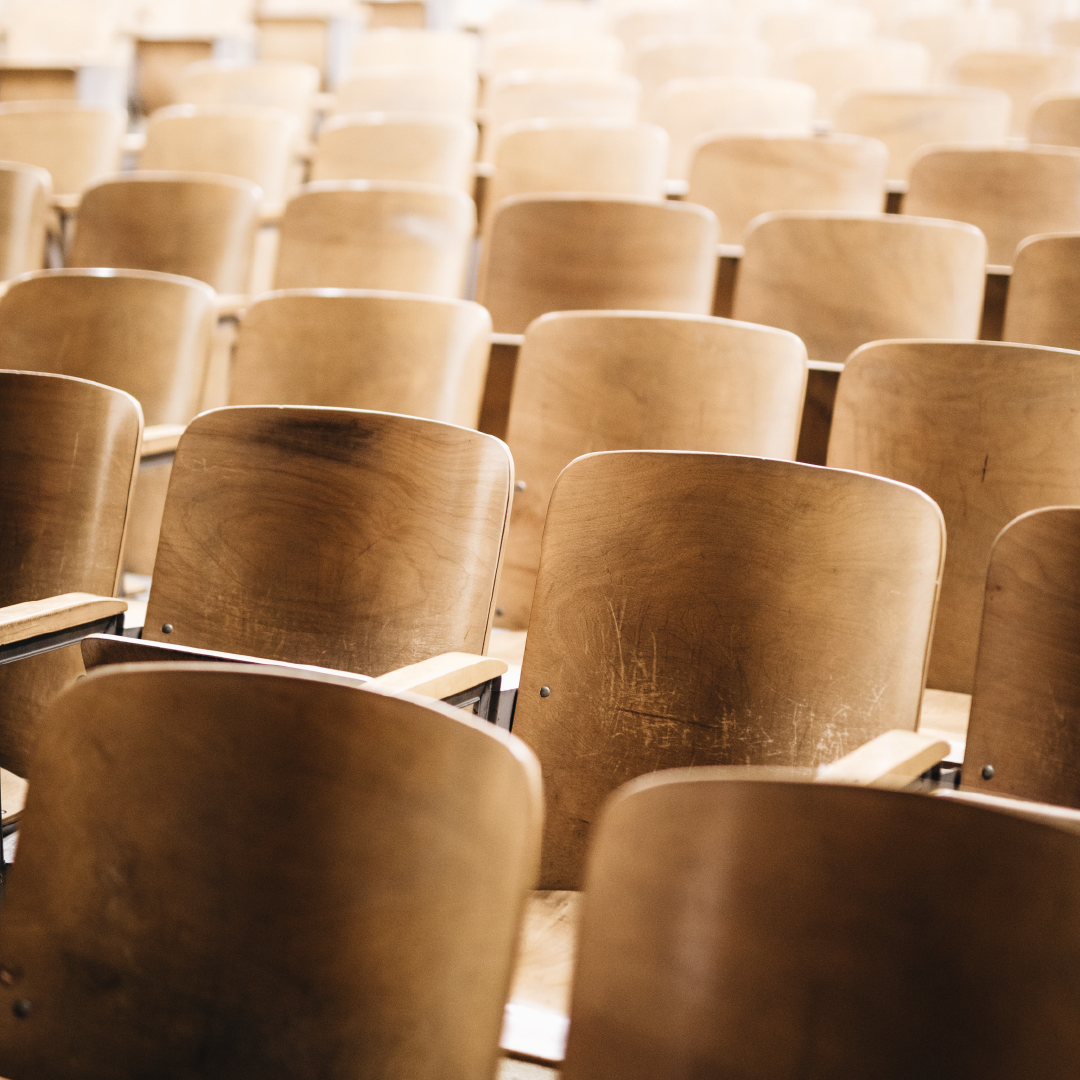 The HECS system can often leave those who have been enmeshed by it scratching their heads and wondering why they’re being trailed for years by this debt, especially when the man who developed it, Dr Bruce Chapman describes it as “completely straightforward” and “simple”.

To give a short background to its origins, HECS was introduced in 1989 by the Hawke Labor government, two years after Chapman accepted a job in the office of John Dawkins, then Minister for Education, Employment and Training. The Hawke government decided to reintroduce university fees after the Whitlam government had abolished them in 1974.

“John Dawkins said to me…we’ve got to reintroduce tertiary fees and your job is to find a way,” Chapman said, to explain how he became the researcher behind the HECS model.   And he had just three months to produce the options paper that would change the payment landscape of tertiary education from a free model to a paid one.

“I said to Dawkins, there’s a different way and that is to ask people to pay it back when they’re doing ok. Simple as that.”

The decision was to introduce a loan that would be repaid by the student once they were employed and in receipt of a certain level of income. One of the key points of the HECS model was that “there is no way that you can be labelled as defaulting on a HECS debt”.

“If you weren’t paying your debt, it was because your income was low,” Chapman said.

The ability to defer paying your HECs until your income reached a certain threshold was intended to ensure that students from low socio-economic groups wouldn’t be prevented from entering higher education.

After his options paper was completed, Chapman linked in the Australian Tax Office to implement the collection of this debt via the automated HECS payment system.

How do I get my HECs deducted from my wage?

Repaying you HECS debt commences once your income is above the minimum repayment threshold for compulsory repayment. That is, once your taxable income reaches a certain level. The income thresholds are adjusted each year. The minimum threshold to make a loan repayment for 2020-21 is $46,620.

You must let a new employer know that you have a HECS debt. Usually this is done by answering Question 9 of the Tax File Number (TFN) declaration form that you need to give to your employer when you start work. Here’s an example:

The employer will then withhold extra tax from your salary to cover your obligation to repay the debt for the tax year. You can check that your HECs debt is being reduced by these payments by calling the ATO on 13 28 61. You’ll need to provide them with your TFN so they can verify your personal details and tell you your HECS balance. You can also check out your balance online at the myGov site. Here’s how you do this:

How much do I repay?

You can see what percentage you must repay from the following table: 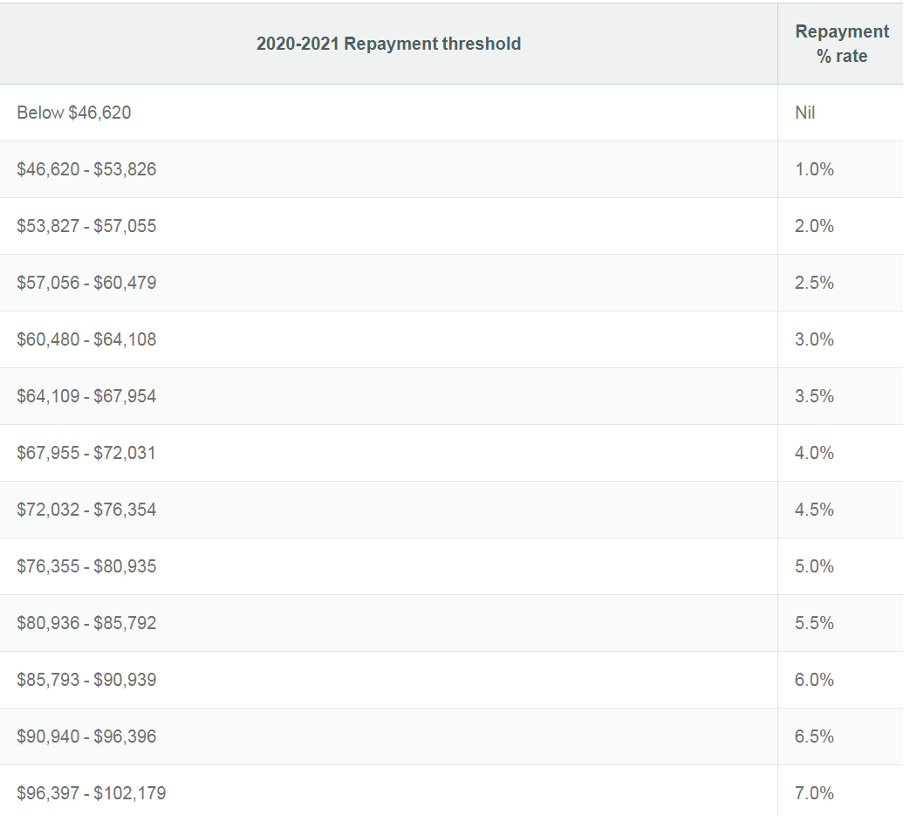 You can find more information on this link here:
https://www.studyassist.gov.au/paying-back-your-loan/loan-repayment

Here are three questions our subscribers have asked about HECs:

Generally it costs more for a student to attend a private university/college. Many of these institutions don’t fall under the Federal Government’s Commonwealth supported places (CSP) programme, so the government is not substantially subsidising these places. As studyassist.gov.au explains, students at universities that are subsidised are only required to pay their contribution amounts for the units they study rather than the tuition fees.

However, private institutions gained access to HECS loans in 2002-03. “Bond University, for example, has a HECS system or access to income contingent loans [HECS], but they cap them. That amount is capped by the government and then Bond, for example, sets its prices to be consistent with the cap,” explained Dr Chapman.

If you study at a public university (or an approved private higher education provider), your courses will be paid for by a HECs-HELP loan. If you study at a non-approved institution, the loan for domestic fee-paying students is called FEE-HELP.

In a nutshell, if you go to a private institution that’s not subsidised, you’ll more than likely end up with a bigger HECs debt.

While Dr Chapman said that no-one envisaged that a HECs debt would affect a person’s borrowing, its creators could never have envisaged the responsible lending laws introduced by the Rudd government after the Global Financial Crisis (GFC). Under these laws, APRA required banks to trawl through ever item of revenue and expenditure of a potential borrower. A HECs debt could hardly have escaped their notice and could easily affect a HECs-indebted person’s borrowing ability. Due to APRA’s forensic testing requirements, banks were taking into consideration every dollar that a potential borrower earned or owed. Once a person hit the income level and was therefore obliged to pay back their HECs, their disposable income was reduced and therefore their ability to repay any bank loan. So it could have been a significant issue that could have impeded the amount you wanted to borrow.

Of course, recent announcements by Treasurer Josh Frydenberg have relaxed these responsible lending laws, so this may not be such a yoke going forward.

Having debt is a yoke around your neck. When you reach a certain income level, you have to start repaying your HECs. And you don’t have a choice there. Paying it off in a lump sum (if you had a windfall like an inheritance) could be something to consider. Maybe you might have a kind parent or grandparent who gives you money for birthdays or Christmas that could go straight off your HECs to lower it, with the aim of its eventual eradication. HECs is a non-tax-deductible debt. Like all debt of this nature, it’s best to rid yourself of it as soon as possible.

If you have other debt it is logical to first repay the debt charging the highest interest rate. The current index rate for HECs is 1.8%.