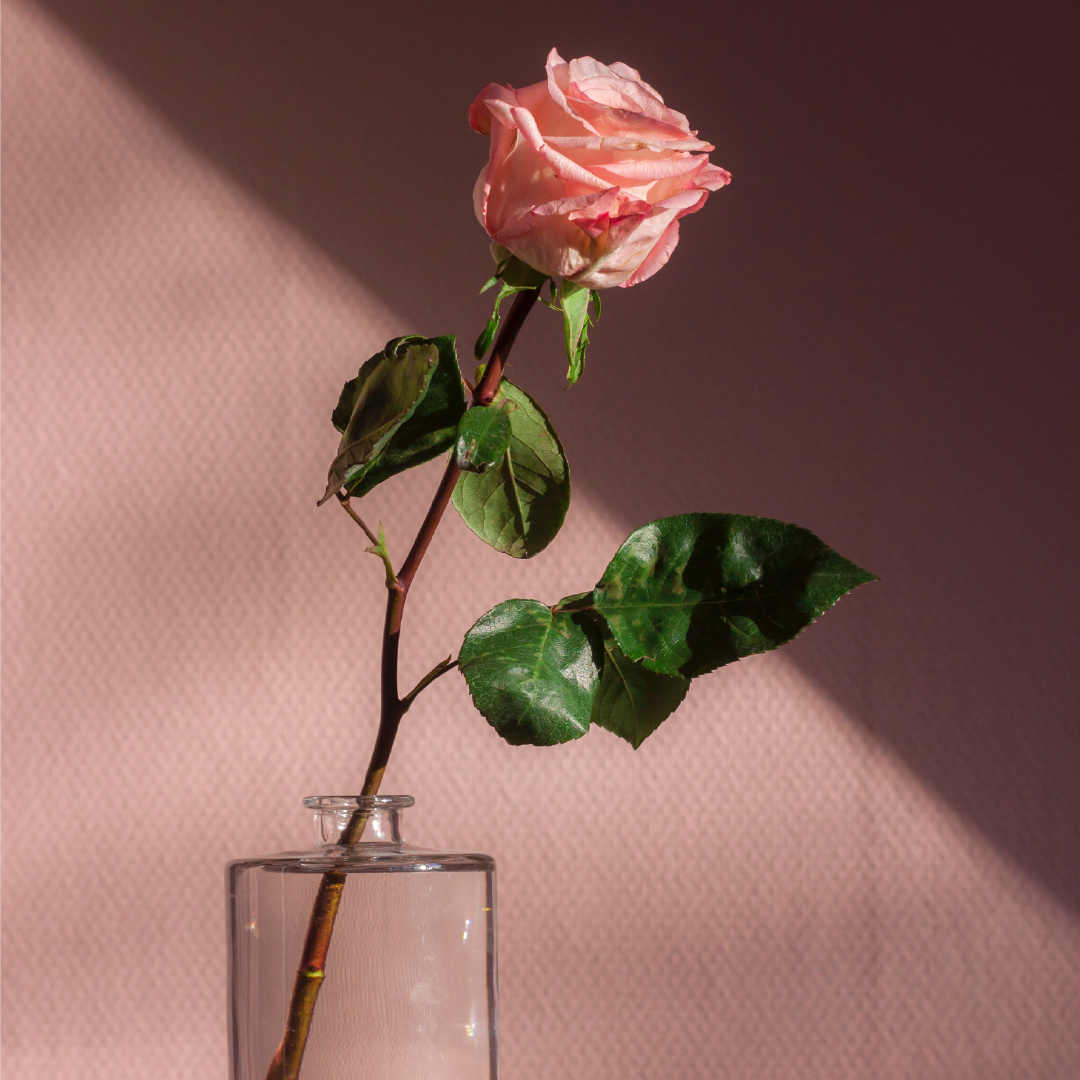 As mentioned in a previous Tilly money article, the gender pay gap in Australia currently stands at 13.9%, which means that women earn on average $242.90 per week less than men.

If that isn’t alarming enough, we actually pay more than men for the same products. You may be thinking “that can’t be right, it’s 2020”, but it’s true and it’s called the pink tax.

The pink tax is not an actual tax mandated by the government, instead it is a marketing ploy used by companies to target products at women by changing the colour of the product or packaging to make it look like it is specifically for women. However the exact same product is made “For Men” but sold cheaper. The pink tax starts young, with pink ‘girls’ toys costing more than a similar product ‘for boys’, such as a pink bike vs. a blue one.

A 2015 Report by the New York City Department of Consumer Affairs found that women paid an average of 13% more for hair products, razors, deodorant and moisturiser products that were specifically marketed as being “for women”. Examples in Australia reveal a similar price hike when it comes to personal care products marketed to women in all these categories.

Sometimes the pink tax can be sneaky, it may seem like a deodorant is the same price or even cheaper than the ‘male’ version, but when you break it down to price per gram, it actually turns out to be more expensive. 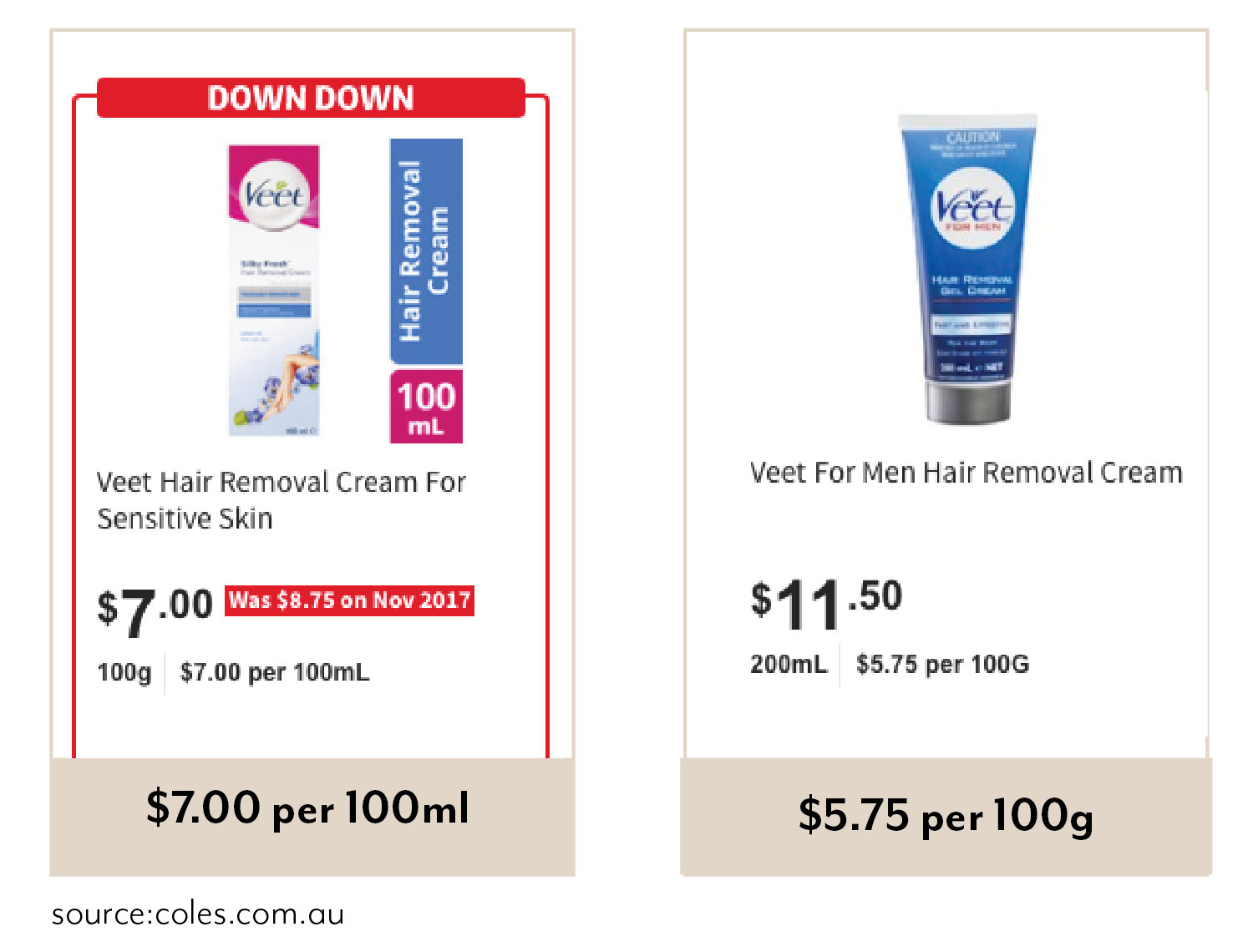 These shaving gels have near identical ingredients, the only difference is the fragrance used. 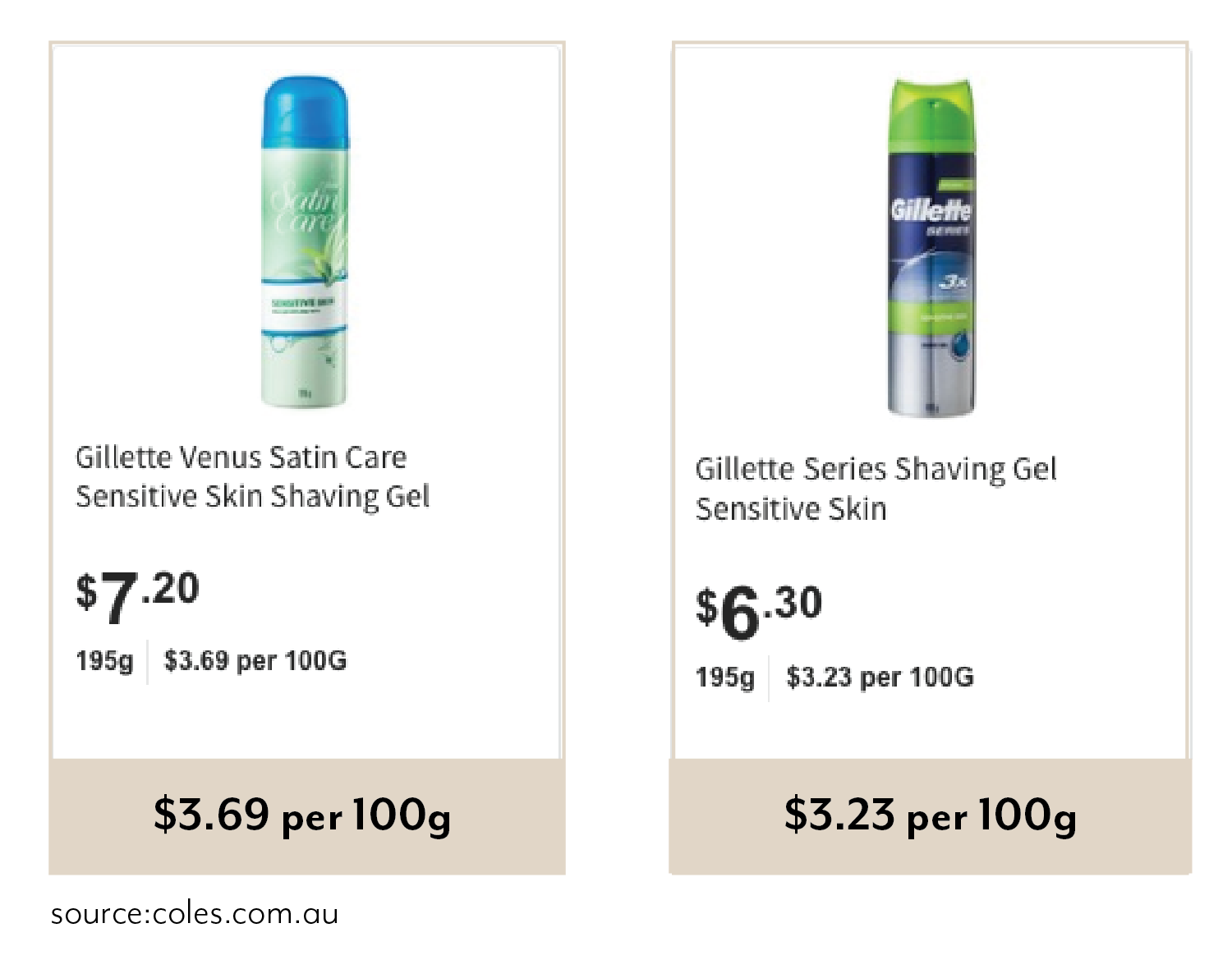 The below example shows a pink packet of razors for $1.38 per unit. Or you could buy the same razor (different colour) from the same brand in the men’s section for $1.17 each and you get 8 more razors per packet! 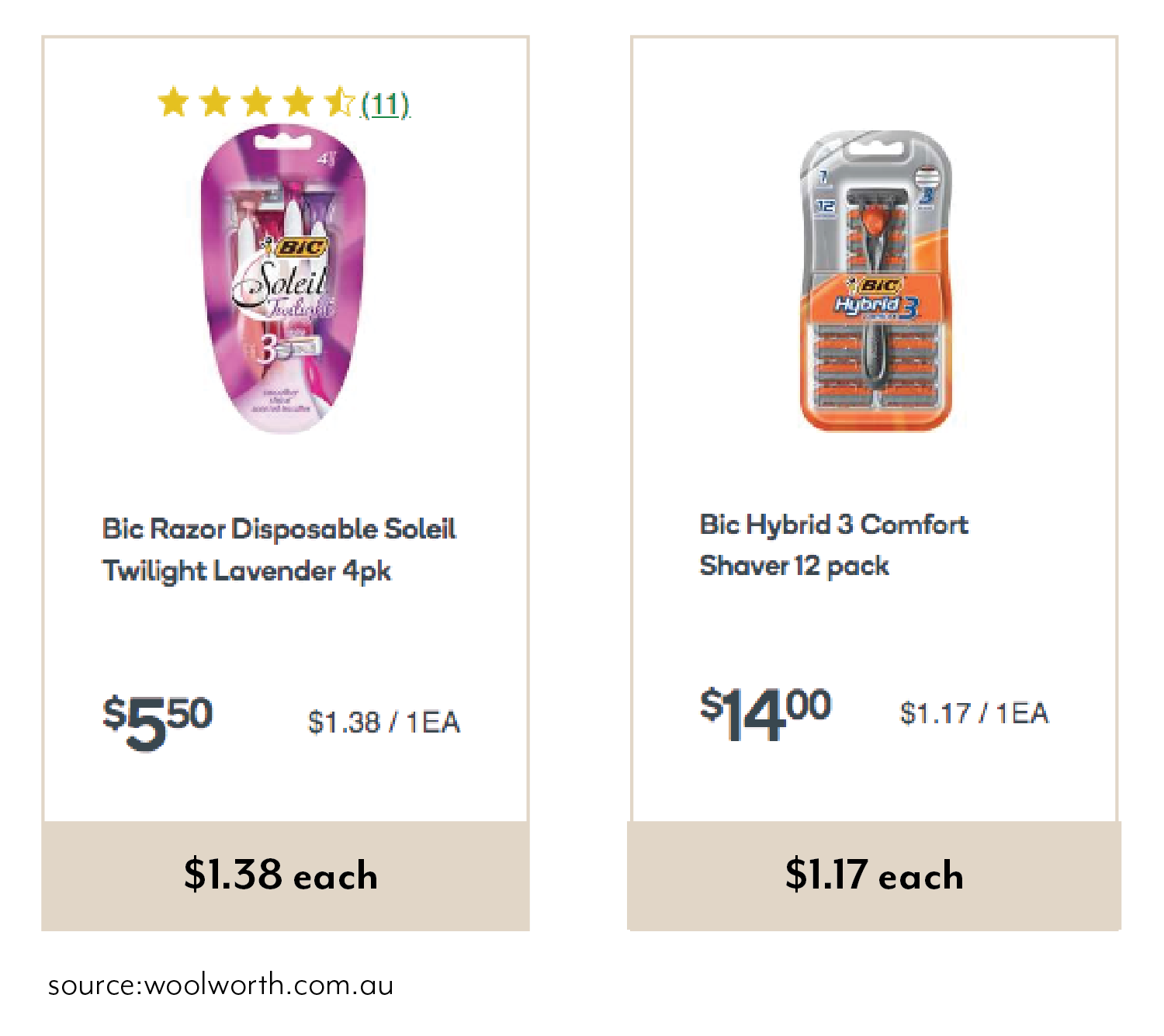 Even if you take the pink tax out of the equation, due to societal beauty standards, women buy and spend more on hair removal than men — but that’s a story for another day.

While the difference between products in supermarkets comes down to a few dollars or cents, over a lifetime it can really add up. But here’s an example where the gender price gap is so wide you can’t help but laugh!

A well-known skin care brand has two separate boxes on their website. Both have the exact same products with the same quantity. The difference is that one comes in a white box and costs $246, while the other one comes in a black box labelled “FOR MEN” and costs $199. Despite the “FOR MEN” label, the products inside are the exact same colour, ingredients and size. The only difference is the colour of the box that the products are packaged in. 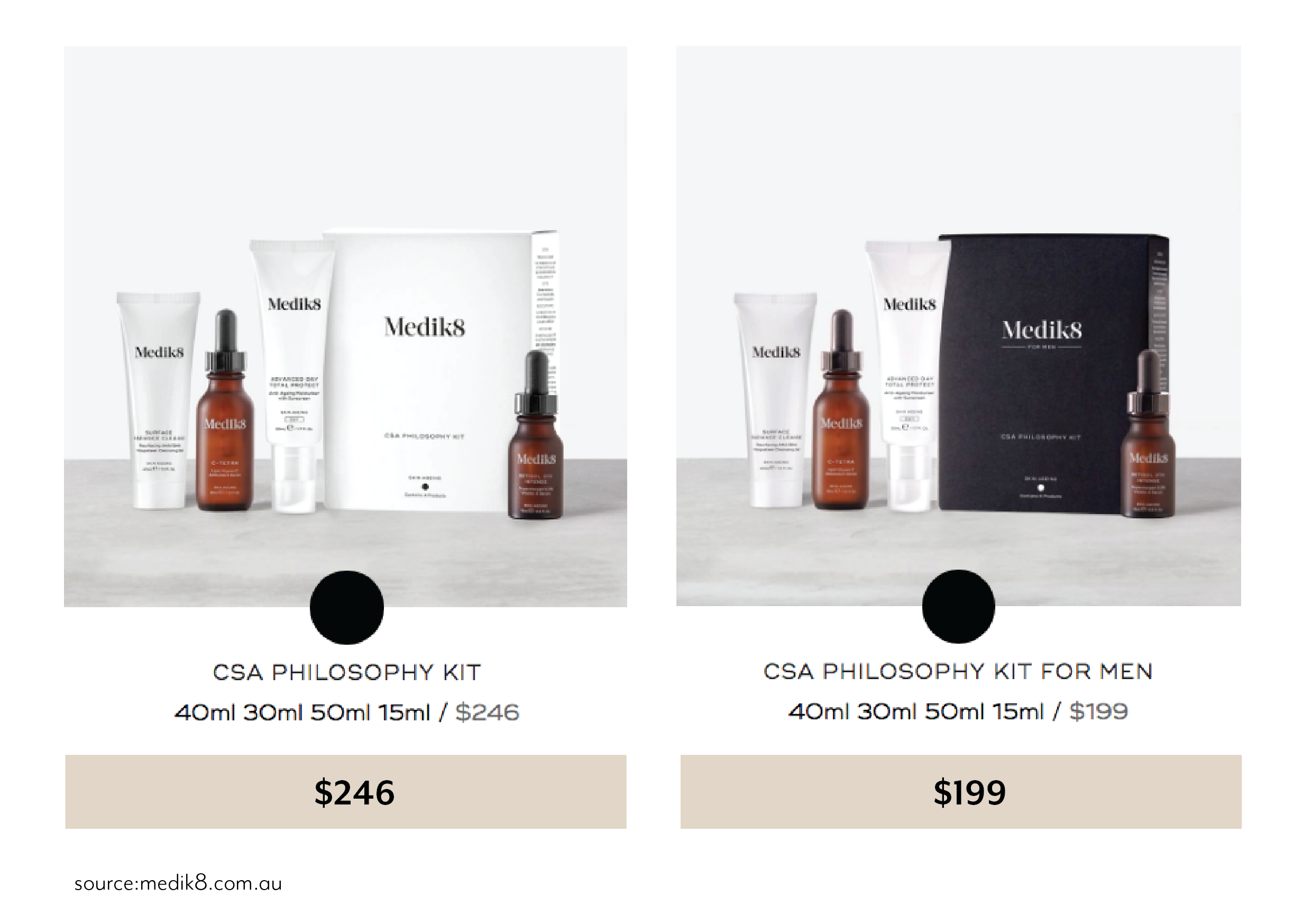 The article reports that an ethical superfund aimed at women is charging more fees than the parent fund. Future Super Investment Services is the investment manager and promoter for Future Super fund and Verve Super.

“On a balance of $50,000, Future Super would cost members $583.60 a year, while Verve Super members would pay $688.60. Due to the fee premium being incorporated into the asset-based fee, larger balances would cause the cost gap to increase.”

‘Ethical’ products don’t always live up to the hype.

Chief Executive Christina Hobbs said the fund operated its own financial services licence and its impact investing was more focused on women and community projects rather than the environmental causes championed by Future Super.

It shows that even when companies are trying to do the right thing, the pink tax seems to sneak its way in. There’s still more work to do until equality between men and women is normalised.

What can we do about the pink tax?

It’s easy to notice and call out the pink tax when the products are sitting side by side and the price discrepancy is obvious. However, more often than not, products specific to gender are in different sections of the supermarket or opposite ends of a department store.

So next time you’re in the supermarket or a department store, check the men’s section to see if you can get more bang for your buck.

As well as personal hygiene and hair removal products, watch out for pink tax on toys for girls, basic t-shirts, dry cleaning fees and haircuts.

If products or services are labelled “for men” or “for women”, check the details, as the product/service may be exactly the same but one may be cheaper than the other.

Make sure to check the unit pricing. A product for females may seem cheaper than the male equivalent but you could be getting less grams/mL’s/units in the packet.

If you find an example of pink tax, call it out. Post it on social media and contact the company responsible, asking them for an explanation and to do the right thing.