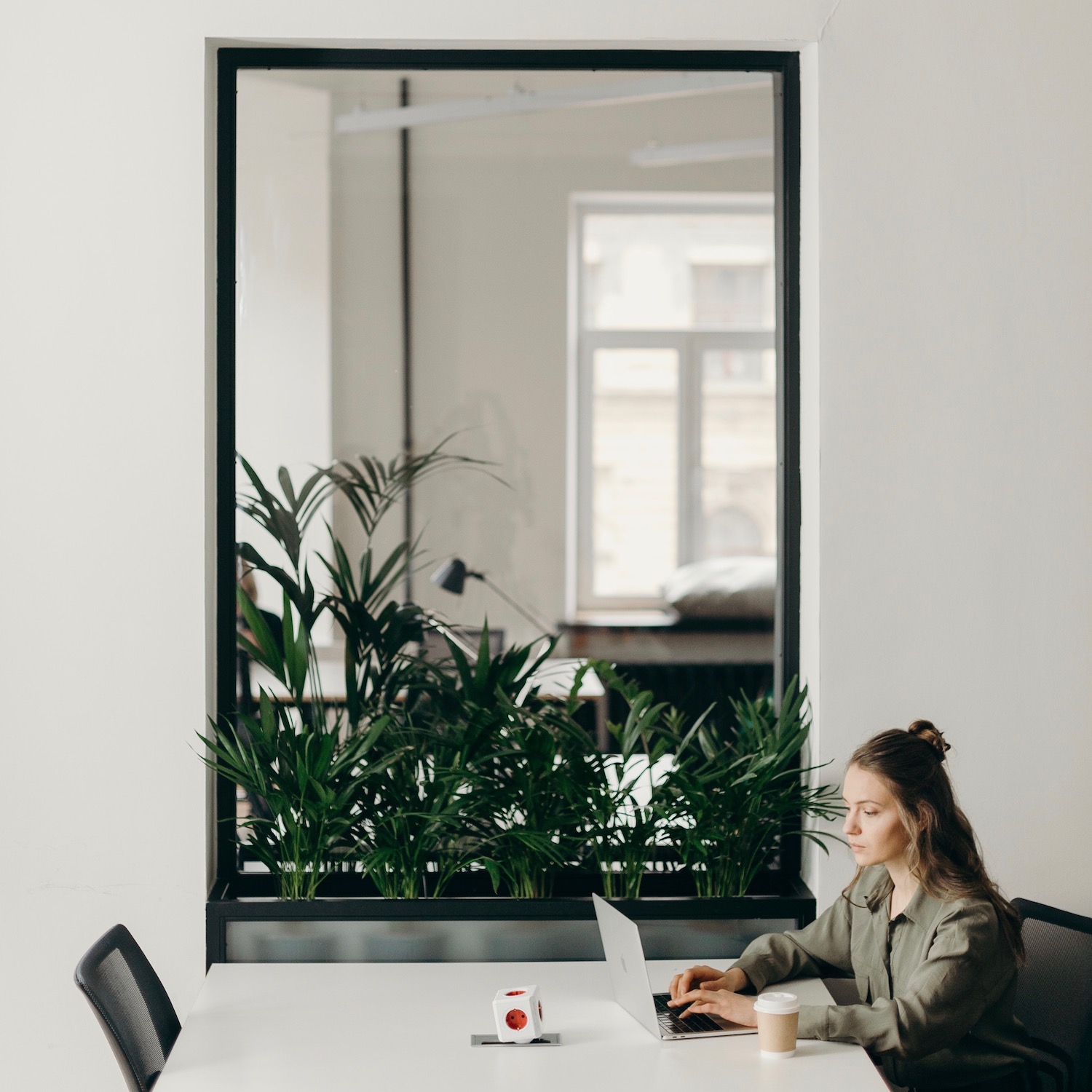 A secret about the secret of success is that it’s not really a secret! This revelation came to me a couple of decades ago and revisited me this week after interviewing for my podcast one of America’s greatest influencers on US and global entrepreneurs, and also taking in the death of one-time corporate heavyweight, John Elliott.

John’s history shows what a contradiction that word “extraordinary” is. When you break up the word it really is extra ordinary. This guy wasn’t extra ordinary, he was, like a lot of high achievers, exceptional and the antithesis of ordinary.

That’s not to say he always got it right and some of his actions could easily be assessed as being “ordinary”. But when you put the debits against the credits on the achievements statement, JE was very long on success.

And I have to take my hat off to whoever at the AFR found this old story on his takeover of IXL and noted who the business journalist was — none other than “a pre-notoriety Christopher Skase”! 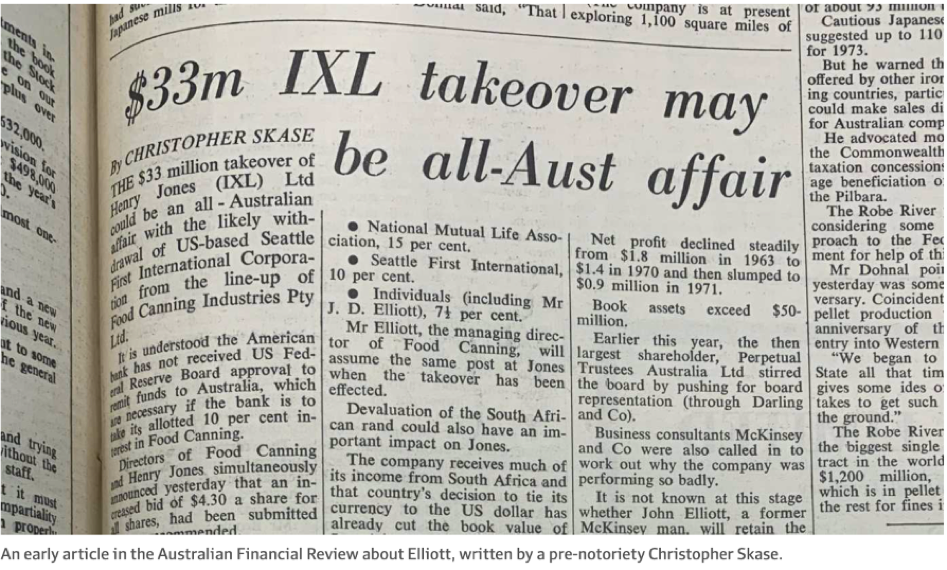 But that photo of that newspaper story reveals the not-so-secret secret of success. Sure, Skase eventually came a cropper and acted like a criminal as he tried to avoid facing the music of his bad borrowings and business failures, however, he wasn’t always a failure.

Before the recent Sydney lockdown, I visited Port Douglas and was reminded of how visionary Skase was with his Mirage resorts there and on the Gold Coast.

When I was younger in the 1980s, covering the buccaneering tales of Alan Bond, Christopher Skase, John Elliott and others, I pondered how someone like Skase could go from business journalism to running a public company like Qintex, that ended up owning, among other businesses, ATN-7 in Sydney, HSV-7 in Melbourne and TVQ-0 in Brisbane.

His business success was such that he had backers that were prepared to fund his $1.5 billion offer for the MGM/UA studios!

OK, Skase failed. Many high flyers became casualties of the 1987 stock market crash, where the likes of Skase overborrowed and eventually bit the dust before the 1990 recession KO’d a lot more entrepreneurs-turned-public company overlords.

But ignoring their inevitable failures, their achievements are best considered in terms of this unforgettable speech from legendary US President, Theodore Roosevelt: “It is not the critic who counts; not the man who points out how the strong man stumbles, or where the doer of deeds could have done them better. The credit belongs to the man who is actually in the arena, whose face is marred by dust and sweat and blood; who strives valiantly; who errs, who comes short again and again, because there is no effort without error and shortcoming; but who does actually strive to do the deeds; who knows great enthusiasms, the great devotions; who spends himself in a worthy cause; who at the best knows in the end the triumph of high achievement, and who at the worst, if he fails, at least fails while daring greatly, so that his place shall never be with those cold and timid souls who neither know victory nor defeat.”

For every failure like Skase, who ended up costing his shareholders a lot of money, there are hundreds of thousands of triers, men and women in the arenas of business, who have succeeded and created value for those who took the risks by investing in these gutsy players.

No one can make excuses for wrongdoers but not all of these people intended to do wrong, but when backed up against the wall, they made bad choices.

One guy who’s had a lot to do with entrepreneurs who didn’t end up like Bond and Skase, is Verne Harnish, the visionary who set up the Young Entrepreneurs Organisation in the US, that eventually became the Entrepreneurs’ Organisation (EO), when their members matured!

I interviewed Verne after he’d done some work at The Smithsonian in Washington for my Learning from Legends podcast this week, and he reflected on how his first idea to create YEO came out of a gathering in LA in 1986 of young entrepreneurs that featured Steve Jobs as a speaker after he’d just been sacked from Apple — the company he founded!

In the audience were young entrepreneurs such as Michael Dell, Mark Cuban and others who now have become household names in the USA and in the international world of business. That get-together of young business builders gave birth to YEO and Verne’s influence on generations of entrepreneurs over the ensuring decades via his books — The Rockefeller Habits, Scaling Up and The Greatest Business Decisions of All Time.

And listening to Verne and hearing him share what he did to build his and YEO’s brand reminded me of what the successful in business do.

It’s simple they hang out with successful people and they’re eager to learn from legends of business. And if they can’t know these people personally, they read about them.

Jim Collins, the author of one of the best business books ever — From Good to Great — said he created a board of ‘virtual’ advisers by reading the likes of Peter Drucker and other great business minds and imagined that they were giving him advice.

Verne said he wrote a long list of the key influencers out there in the US, that could help him build YEO and then worked as hard as he could to get them to help him build his business and his brand.

However, it’s one thing to dream of success. It’s another to actually draw up the plan to make it happen. That’s what the greats of business overseas and here have done. But they also have one other really important ingredient that separates them from the ordinary, normal human being who has dreams.

These people take action. That’s the ‘guts’ bit that often explains why some people make it.

John Elliott, Steve Jobs and someone like John Symond at Aussie Home Loans as well as Canva’s Melanie Perkins have had this vital secret of success.

They have the guts to take bold actions.

Legends teach us lessons, and one might be to be careful of borrowing too much. But the really important one is having the guts to get in the arena and have a go.

If either one day or at a time when you’re having a go in business, I suggest you listen to my eye-opening and brain widening chat with Verne Harnish. It’s action you should take ASAP — because Verne is a legend.