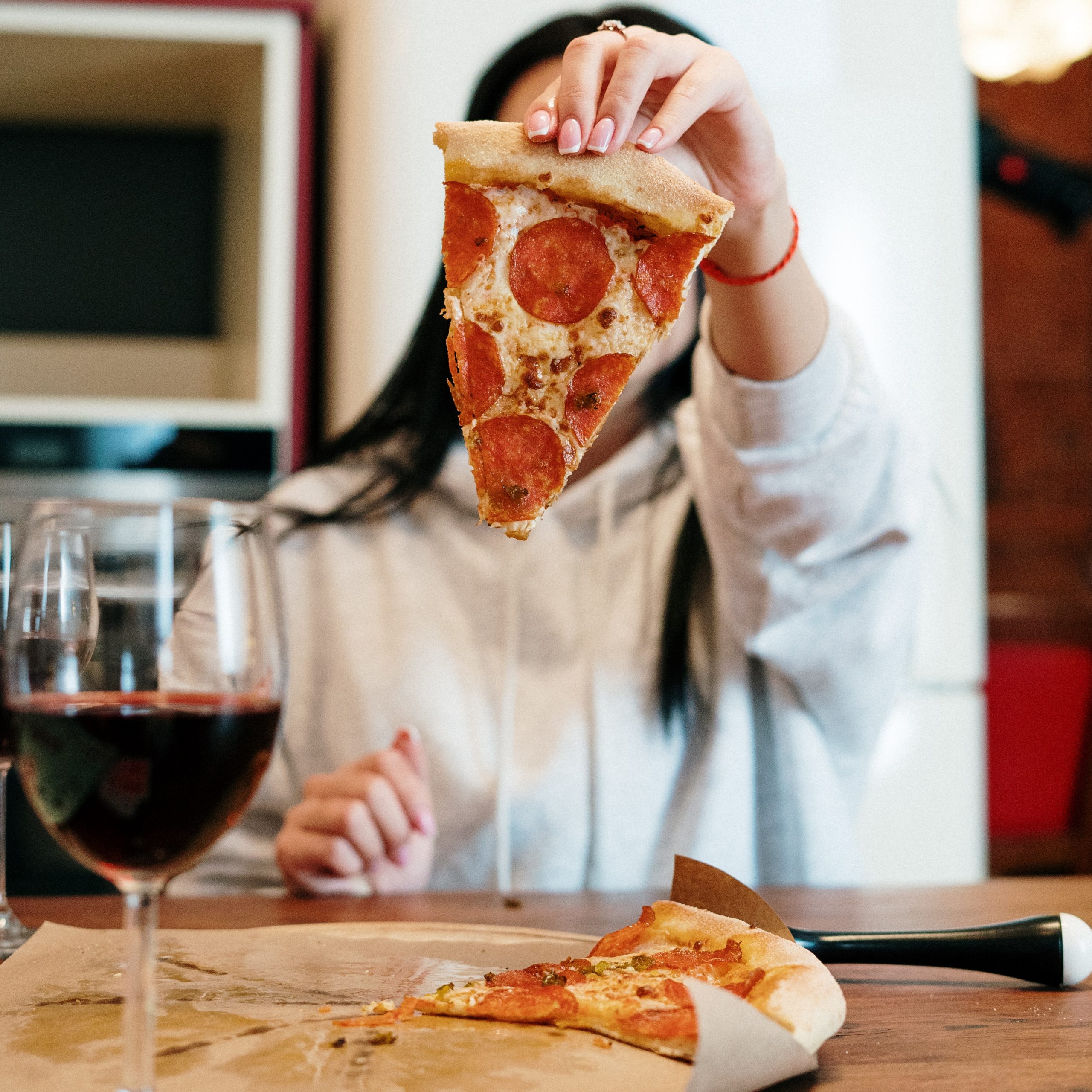 I’d like you to read this article below that enlightened me when I first read it about the state of our fast food industry. For me, fast food is off the menu, unless I’m travelling by car, as I was recently through country towns on the way to Willowtree, a small Aussie ‘village’ about an hour or so out of Tamworth.

The nostalgia of stopping at a bakery lured in by the smell of freshly baked bread and cakes was pushing me to stop for a break and a bite. But town after town en route disappointed. There were McDonald’s, KFC and Oliver’s everywhere – not only on the highway but actually in the towns themselves. And while I was disappointed in not finding a pie or pastry that my taste buds to this day recall from my youth, this experience of seeing so many fast food outlets did intrigue me from an investing point of view.

This was rammed home even further when I read the article below, written by seasoned finance journalist Tim Boreham. I’ve done a bit of editing to the original article but Tim, who’s a great writer, tells a story that we should all read. You may never eat McDonald’s and you may even detest their existence to the point that you’d never buy a McDonald’s stock (it’s not that easy to buy shares here anyway!). That’s OK. But what I want you to understand is that all around us are companies that either have shares on offer on the stock exchange or one day will. Take the case of Guzman y Gomez that Tim discusses. It was pretty well known that they were intending to list. They were going to do what’s called an IPO – an initial public offer. So they were going to sell part of their thriving business to the public, via the Stock Exchange, in order to raise money to fund the expansion of their stores across Australia. And then along came Magellan (a highly successful fund manager) that bought a big chunk of Guzman y Gomez. So for now they’ve found the money elsewhere. It’s certainly a business and a stock that I’d watch – and their food isn’t too bad either.

So here’s Tim’s article. And I’ll refer to it over coming months. Take time to digest what you can from it and remember this point: when you want to buy stocks in companies, be really aware of what you see around you, whether that’s fast food outlets or supermarket chains like Coles. You get a real insight this way e.g. how many customers they have and therefore the health of the business. Tim’s article really highlights who owns what in this fast food industry.

Fast food on the menu

Australian retail investors have been prevented from taking a decent bite out of the fast food sector to date, which is a pity given its proven resilient qualities.

Market leader McDonald’s is listed in the US, but not here, while Red Rooster and Hungry Jack’s are privately owned. KFC’s ownership is more complex.

According to research house IBISWorld, the $20 billion fast food sector has grown at a steady 1% per annum over the last five years, with 2021 performance expected to dip 0.8% as a result of the pandemic that crimped in-house dining.

Amid these resilient trading conditions, the menu of ASX-listed plays is likely to expand, with Pizza Hut mulling a listing of its local operations.

The fast-growing Guzman y Gomez was also gearing up for a local IPO, but these plans were put on ice after funds manager Magellan took a 10% $86 million stake late last year. But never say never.

To date, investor choice has been largely limited to the all-conquering Domino’s and Collins Foods (CKF), which owns 244 KFC outlets, 152 in Queensland and 49 in WA.

In another blow for all-you-can eat nostalgia, Collins last year closed the last nine of its Sizzler’s outlets, which had survived the dining trends since the1980s but fell victim to the pandemic with its dine-in only model. Collins retains 64 Sizzlers outlets in Thailand and Japan – where the brand remains popular – and also has 13 Taco Bell outlets, 10 of them in Queensland.

For the time being, Collins Food’s fortunes hinge on the fortunes of KFC, with the chain facing elevated competition from key rival Red Rooster. Owned by Craveable Brands, Red Rooster has introduced a fried chicken menu that is more aligned to KFC’s – despite KFC changing its name from Kentucky Fried Chicken some years ago. (Red Rooster, by the way, used to be an awkward appendage of the Coles Myer empire).

In the midst of a pun-based advertising war that so far has avoided fowl play, it remains to be seen whether KFC or Red Rooster which customers will be the most ‘satisfried’.

With 9 to 12 new KFC outlets planned for the current year and 66 by 2028, Collins Foods can’t be accused of playing chicken in the perennial fight for the wallets and stomachs of price sensitive consumers.

In a pre-Christmas update, Collins Foods reported a hearty 12% boost in same-store sales for the 24 weeks to October 18. Revenue rose by 11 per cent to $500 million, but its reported profit slid 19% to $16.5m after $3.3m of Sizzler closure costs were taken into account.

With an increasingly international focus, Domino’s is scheduled to report its first (December) half numbers on February 17.

At its November 30 strategy day last year, Domino’s key ‘takeaway’ message for investors was improving profitability for its underperforming Japanese operations and also better profitability in Germany and France on the back of increased average orders.

“When a large franchise has strong momentum and franchisee profitability is strong this leads to an increased appetite for new stores – Domino’s largest growth driver,” notes broker Morgans.

A key threat for Domino’s is rising cheese prices which can cost a motza (rella), given the processed dairy derivative is the chain’s biggest ingredient cost.

Valued at a hearty $15 billion, Domino’s consistently has trade on elevated earnings multiple – currently around 33 times expected current year earnings. The company has had its glitches along the way but has delivered for customers as well as investors: the shares listed in may 2005 at $2.20 a share.

Despite KFC’s solid showing, Collins shares have marked time over the year, with the company valued at $1.15 billion (including net debt of $170 million). The stock listed in August 2011 at $2.50 a share.

Unlike its unhealthier fast food peers, Oliver’s hasn’t benefited from the pandemic because its stores are located on the main arterial highways.

No lockdowns equal no traffic, except for burly truckies who aren’t exactly Oliver’s target market.

Has not been a healthy choice for investors, having listed in June 2017 at 20 cents a share. The stock traded as low as 2 cents in mid 2019.

Oliver’s redemption lies with a licensing agreement with EG, by which the service station owner stocks Oliver’s fare at its outlets, with discrete shelving and signage under the Oliver’s Food to Go banner. EG in March last year lobbed a 10c a share takeover offer for Oliver’s as a whole, but the unfolding pandemic put paid to that.

The dire effect of the bushfires and the pandemic meant that Oliver’s reported a $17.5 million loss in the 20019-20 year. But as chairman Jason Gunn told holders at its last virtual AGM, an underlying loss of a mere $70,000 was the “best possible outcome”

Management didn’t take a punt on current-year guidance. But in the short to mid term, Oliver’s should be in a better spot with tis organic, vegan, gluten free alternatives so beloved of millennials.

We’re not so sure what travelling toddlers will think of the green bean ‘chips’, though.

Oliver’s is currently valued at $20 million. The stock is well worth keeping on the investment menu, assuming it can emulate Collins Foods turnaround experience.