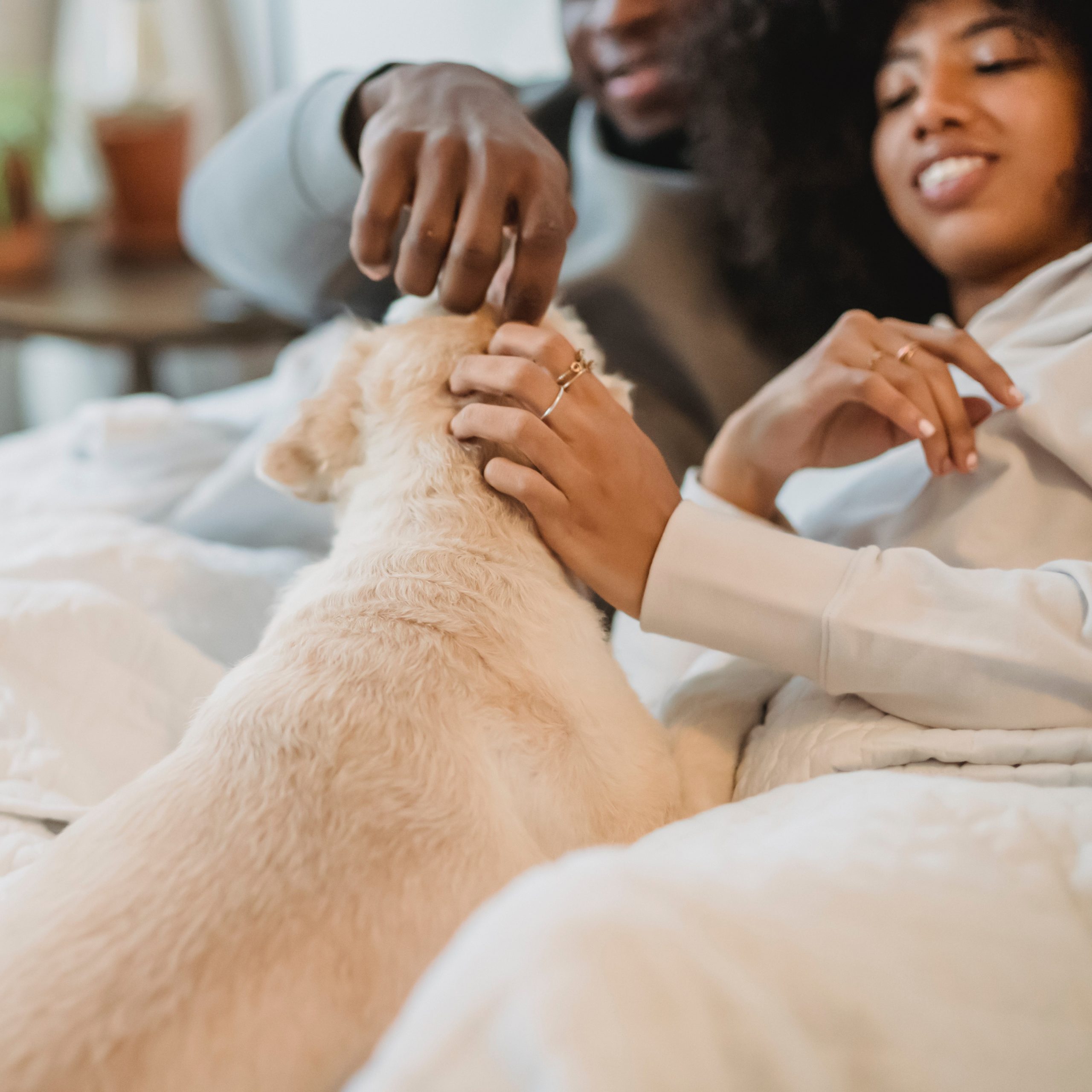 Even before the pandemic spurred the panic puppy purchasing phenomenon, Australian pet ownership was on the rise because of the powerful demographic trend to single occupant households.

With pooches and moggies and other random beasts displacing children on the family hierarchy, pet care expenditure has risen even more sharply.

According to an Animal Medicines Australia survey, two-thirds of Australia householders owned a pet in 2019, with 29 million animals registered (more than the two-legged population of 25 million).

Fish might be low reward pets– albeit low maintenance – but we still own 11.3 million of them. And 2% of households owned pets “such as horses, goats, cows, alpacas and hermit crabs.”

According to data cited by the recently listed Mad Paws (MPA), Australians spend $13 billion on their pets each year. This includes $3.9 billion on food, $2.6 billion on vet care and $1.4 billion on products.

While the supermarket shelves are laden with gourmet pet delights, investors aren’t exactly spoiled for choice when it comes to listed exposures to one of the most promising growth sectors.

Founded by Glen Richards of Shark Tank fame, Greencross Vets listed in 2007 and then merged with the Petbarn retail chain in 2013. The union was less than dazzling and the company was taken over by private equity giant TPG for $675 million.

With just over 100 clinics, National Veterinary Care was then snaffled up by another private equiteer in late 2019, at a handy 56% premium equating to a market valuation of $251 million.

Mad Paws listed in late March this year, having raised $12 million in an oversubscribed IPO.

The Airtasker of the pet world, Mad Paws facilitates third-party services such as dog walking, pet sitting and grooming. The company generates its revenue from clipping the ticket to the tune of 20% from the service provider and 7% from the pet owner.

The company is also moving into the online subscription pet food delivery game; with a start up business called Dinner bowl. We guess this makes them more like the Uber Eats of the pet world.

But if your columnist has a pet stock, it’s Apiam Animal Health (AHX), which runs a chain of both rural and city vets.

Given that, Apiam is exposed to both the companion pet boom and the (currently buoyant) agriculture sector.

Apiam listed in December 2015, raising $40 million at $1 apiece. The initial funds were used to fund a vendor sell down and to buy 12 vet practices (the company already had an interest in five of them).

Now the only listed ASX-listed veterinary play, the Bendigo, Victoria-based Apiam provides services across 46 clinics in all states except South Australia, as well as on-farm consulting to pig, dairy and feedlot cattle farmers.

With a complement of 150 vets, Apiam services 35% of the nation’s pig and dairy industries and more than half the beef cattle feedlot sector.

It’s not all James Herriot arms-up-the-rear stuff. The company also derives revenue from products such as medicines, vaccines, food supplements and top-quality porcine semen from its genetic labs.

Meanwhile, Apiam’s companion animal billings accounted for about 14% of revenue at the time of the listing to about 25% now.

Apiam reports a “bumper” six months on the companion animal side, helped by the opening of two clinics with its JV partner Petstock. The Torquay North and Shepparton clinics capitalises on the pandemic-driven seachange/treechange trend.

The Shepparton clinic includes an isolation ward for contagion diseases like parvovirus (no, not Covid), a dental room and a path room with the ability to turn around a test in 14 minutes.

Try finding that quality of service in a public hospital!

Apiam recorded March quarter revenue of $30.3 million, 2.8% lower than a year previously for mainly Covid reasons. However gross profit edged up 1.5% to $17.5 million, which was not bad given the “abnormally high” purchasing of farmers in the previous quarter at the onset of the pandemic.

Apiam still faces Covid related challenges in the beef feedlot and pig segments, but the overriding message is that all’s calm on the farm.

In mid April Apiam raised $6 million in a placement, at 80 cents apiece. Intriguingly, Petstock has taken a 16% stake, which is bound to get tongues wagging down at the muster yards.

Having closed at 24 cents on debut – a 20% premium – Mad Paws shares are skulking just below the 20 cent issue price, for a market capitalisation of $33 million.

But the company needs to demonstrate scale in a cottage industry sector. As with the recently listed Airtasker, Mad Paws need to ensure that the provider and the end customer don’t migrate offline and cut out the middle man once they get to know each other.

On a positive note, Mad Paws has acknowledged the potential of the pet insurance sector. Pet coverage hasn’t been popular relative to the US, but Mad Paws reckons the local market is worth $745 million (as measured by premiums) and growing strongly.

Mad Paws plans to offer an own brand insurance product, in conjunction with Pacific Insurance and AI Insurance. In effect, the white label arrangement means Mad Paws pockets a commission and leaves the underwriting risks (and rewards) to the experts.

From your columnist’s own experience with a sickly hound, insurance obviates the need for awkward family discussions when there’s a need for $5,000 bladder stone surgery (this happened twice in fact and seeing you asked the patient is doing well).

But it’s expensive, especially when it’s over and above humanoid health insurance premiums.

The listed private health insurance providers Medibank Private (MPL) and NIB Holdings (NHF) offer pet insurance, but the business is not even a line item in their accounts.

Given the pressures on the fund to retain healthy human customers, perhaps this is likely to change as doting owners go all-out to ensure the healthy of their furry friends – and hermit crabs.