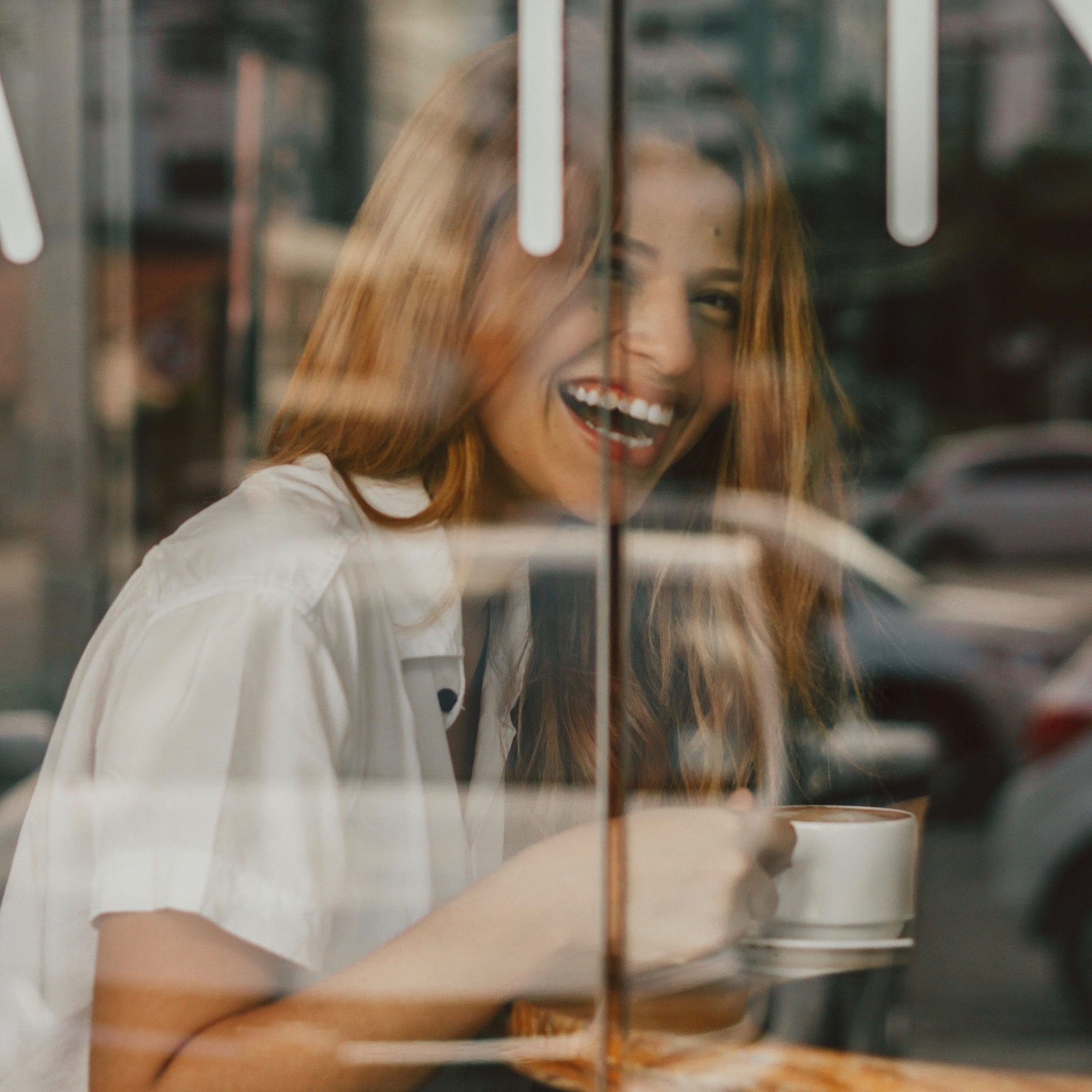 One of my many jobs is to be on the lookout for business and investing trends that could have huge impacts on stock prices and economies. And as I always jokingly said: “Anything worth doing is worth doing for money.” I’m always being asked to forecast/guess where interest rates are going, where stock prices will be heading, and then there’s the dollar’s ups and downs, which can affect investments and overseas holidays.

In 2020, Morgans’ chief economist, Michael Knox, forecasted on my TV show that the Aussie dollar would spike from the low 60s to the 80 US cents region, so we switched our financial planning clients from an unhedged US stock market ETF to a hedged one, and we copped a big windfall gain when the dollar hit 82 US cents.

The size of the payoff even surprised us, but it shows how useful it is when you get good information on the future.

A few weeks ago, analysts at the US-based Morgan Stanley investment bank named the stocks to watch as luxury brands turned their attention to the metaverse.

This made me ask: “What in the hell is the metaverse?”

CNBC’s Zavier Ong helped me out. “The term “metaverse” was first coined by author Neal Stephenson in 1992 to describe a computer-generated world accessible through virtual reality headsets,” he explained. “The term resurfaced in popular discussions after Facebook changed its corporate name to Meta last month.”

Like all things new and techy, defining this kind of stuff can create disagreement but Morgan Stanley thinks it’s a “virtual world for immersive co-experiences where users can explore vast numbers of experiences concurrently”.

Morgan Stanley values the metaverse as a potential $US8 trillion market so it suggests a lot of people are going to go long this new and unusual stuff. The smarty researchers at MS say this metaverse is “most likely to be a next generation social media, streaming and gaming platform.”

“Companies such as California-based video gaming platform Roblox, South Korean internet giant Naver and Meta (previously known as Facebook) are already in the thick of building their own metaverses, equity strategist Edward Stanley of MS said in a note on November 16,” Ong writes. “While the metaverse will likely be a years-long process, the rising popularity of non-fungible tokens (NFTs) and social gaming present two ‘nearer-term opportunities’ for luxury brands,” the experts think.

Non-fungible tokens? What are they? Stick with me on this as NFTs are becoming huge in the world of young people.

Mitchell Clark of theverge.com has done a good job making NFTs make sense. “Non-fungible more or less means that it’s unique and can’t be replaced with something else. For example, a bitcoin is fungible — trade one for another bitcoin, and you’ll have exactly the same thing. A one-of-a-kind trading card, however, is non-fungible. If you traded it for a different card, you’d have something completely different,” he explained.

Now Mitch takes it up a little higher. “At a very high level, most NFTs are part of the Ethereum blockchain. Ethereum is a cryptocurrency, like bitcoin or dogecoin, but its blockchain also supports these NFTs, which store extra information that makes them work differently from, say, an ETH coin. It is worth noting that other blockchains can implement their own versions of NFTs.”

This is a little clearer and is worth thinking about.

“NFTs can really be anything digital (such as drawings, music, your brain downloaded and turned into an AI), but a lot of the current excitement is around using the tech to sell digital art,” Clark pointed out.

Below is an example of what can be sold as an NFT. Here are sales stats on different Nyan Cat productions and check out the prices for these NFTs. 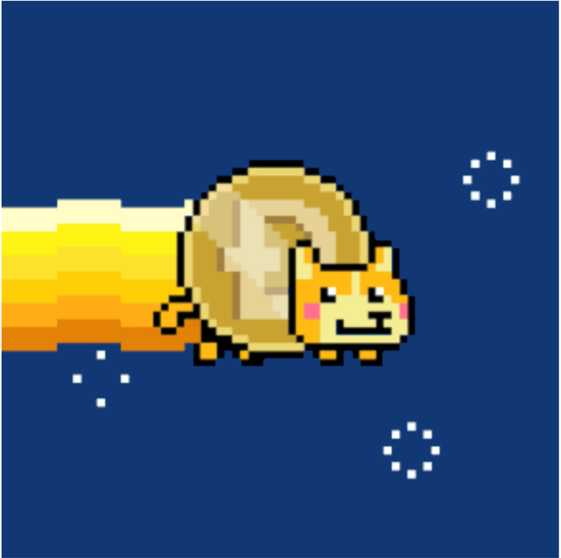 Here’s an example of these Nyan Cat NFTs.

So back to the Morgan Stanley story about the future of the metaverse and NFTs.

“The investment bank noted that the NFT market has enjoyed ‘explosive growth’ over the past 12 months — with quarterly transactions valued at over $10 billion in the third quarter of this year, compared to under $28 million in the same period a year ago,” Ong revealed. “Yet NFTs for luxury brands will account for less than 1% of the total NFT transaction value in 2021.”

And that’s significant for the crystal ball watchers at Morgan Stanley.

They think the metaverse’s growth will then lead to demand for and the growth of NFTs — and this creates big opportunities for luxury brands. “The investment bank believes that metaverse gaming and NFTs could constitute “10% of the luxury goods addressable market by 2030” as well as a “50 billion euros revenue opportunity” and an “approximately 25% uplift” to the industry’s profit pool,” the Morgan Stanley report identified.

I think I need an example to make this make more sense.

Morgan Stanley singled out an NFT of Gucci called “Aria”, which was sold in a Christie’s online auction last spring for $25,000.

And believe it or not, some people are tipped to buy digital clothing and accessories for avatars and games!

But wait, there’s more, with Balenciaga using a video game to introduce its Autumn 2021 collection! “The brand has also created an in-game Balenciaga-themed hub — a real-world clothing line that gamers can purchase,” Ong revealed.

So how does blockchain fit into this world of NFTs? Blockchain is a digital ledger that can record who owns what, and that will prove useful in a confusing online and virtual world ahead.

But really, will people want to pay for luxury stuff in a digital world that’s not real? Well, I think you have to think outside the square and I’ve reflected on something I did in the real world when I drove around Melbourne to buy a framed print of an Andy Warhol painting of a Chanel No.5 for our Melbourne office. 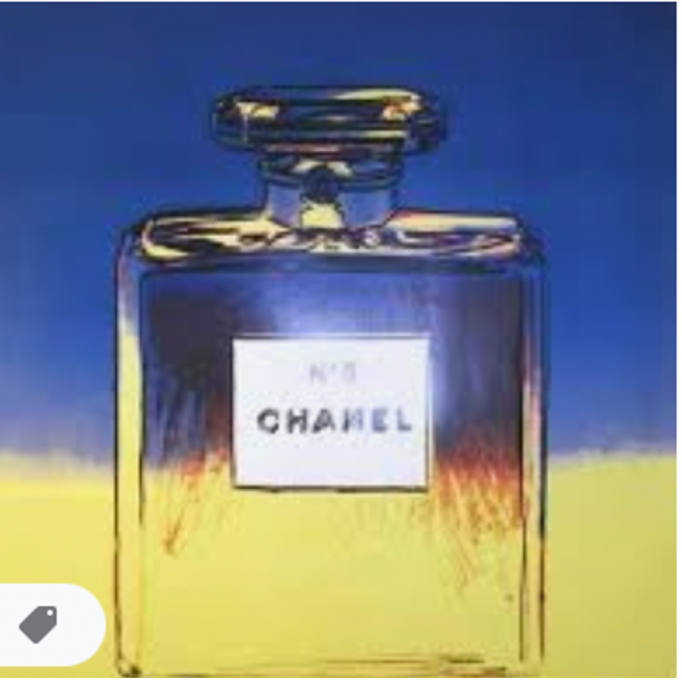 Yep, we’re weird people but luxury stuff is very alluring to wear, to drive in, to live with and just to look at, so these NFTs look like a special to succeed in this upmarket part of town.

And if you want a tip, try this: “Morgan Stanley believes that French luxury goods company Kering — owner of Gucci and Balenciaga among others — is best positioned to benefit from the advent of the metaverse, given the company’s ‘brand demographics and given head start in innovative digital collaborations’.” (CNBC)

How’s the company been doing lately with all this NFT talk around?

By the way, check this out. 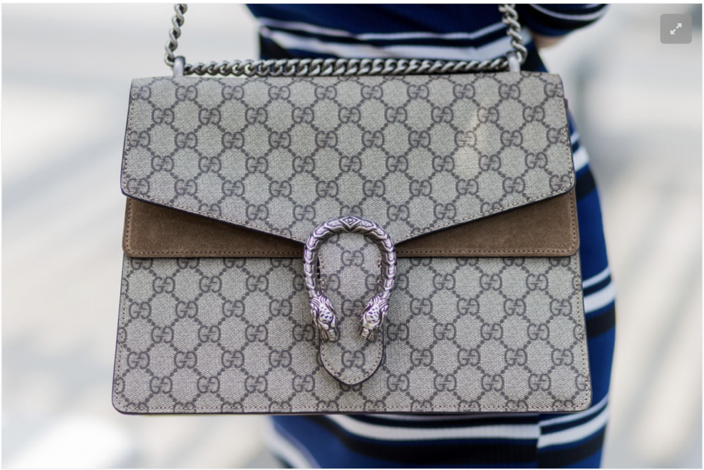 This digital-only Gucci bag sold for more money than the bag’s value in the real world!

Although not as unbelievable as this jpeg image of a pixelated cartoon face, known as a ‘CryptoPunk’, which reportedly sold for $US530 million last month. These CryptoPunks, of which there are only 9,999 in existence, can be downloaded by you or I with the simple click of a mouse, yet have been selling for millions of dollars over 2021.

However, the ownership status of these CryptoPunks, or any other NFTs for that matter, is encoded in the ‘blockchain’ and cannot be altered, which is what sets the real owner apart from anyone who simply downloads the image.